Valuing Web Series is the first multi-country research project on web series, focussing on Australia, Canada and France. The project investigates the value of web series as a form of online screen entertainment characterised by original and diverse content produced by emerging creatives. It deploys the theoretical frame of ‘total value’ to assess the role and viability of web series: value accrued as career development opportunities for digital content makers; value accrued by the audiences who consume web series; and the value accrued by the Australian screen industry as web series contribute to innovation in a rapidly evolving global screen ecology. We have partnered with four leading web series festivals who will be assisting with our research and will be hosting a number of forums for the discussion and dissemination of our comparative findings over the course of the project (2020-2023).

Valuing Web Series is being conducted by the University of Wollongong and the Queensland University of Technology in Australia in partnership with four web series festivals: Marseille WebFest, T.O., Vancouver WebFest and Melbourne WebFest. 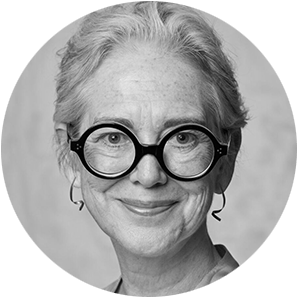 Sue Turnbull is Senior Professor of Communication and Media at the University of Wollongong. Her publications include Media Audiences (Palgrave Macmillan 2020) The TV Crime Drama (Edinburgh University Press 2014) and Media and Communications in Australia with co-editor Stuart Cunningham (Allen and Unwin 2014). She currently holds an Australian Research Council Discovery grant investigating the transnational career of the TV crime drama and two ARC Linkage grants. While the first of these is concerned with role of television in the experience of migrants in Australia; the second, Valuing Web Series is reflected in the content of this site. 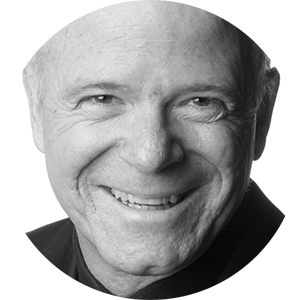 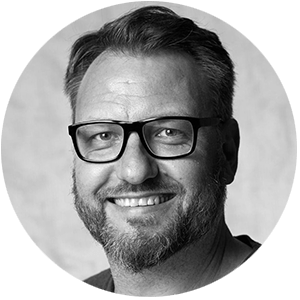 Dr Steinar Ellingsen is a senior lecturer in Journalism, Media and Communication at the University of Wollongong. He is an internationally recognised expert on web series whose practice-based PhD thesis included the creation of a multi-award-winning web series, The Inland Sea: an Australian Odyssey. He is a co-founder and former Director of Melbourne WebFest and has given keynotes and seminars on web series around the globe. Steinar’s latest book chapter, “Writers, Producers and Creative Entrepreneurship in Web Series Development”, co-written with Dr Stayci Taylor (RMIT), is available in the Palgrave Handbook of Screen Production. 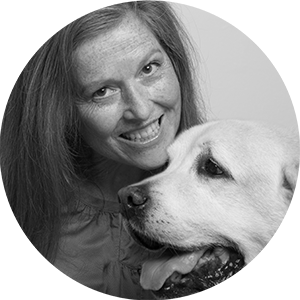 Dr Nicola Evans is a senior lecturer in Media and Communications at the University of Wollongong, Australia. She received her degrees from Oxford University (English Literature, First Class) and The Annenberg School for Communications in California (Ph.D. Communications Research). She is co-editor with Guy Davidson of The Literary Career in the Modern Era (Palgrave Macmillan, 2015) and has published widely on cultural identity in film and literature for journals such as Screen, Textual Practice, International Journal of Cultural Studies, Culture Theory and Critique, Discourse, and Continuum. 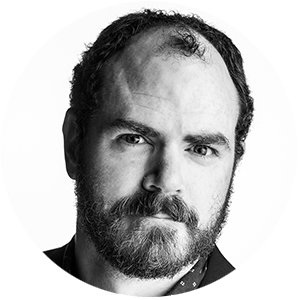 Mark David Ryan is an Associate Professor in screen and media industries and a Chief Investigator for the Digital Media Research Centre (DMRC). He is an expert in screen industries research, Australian genre cinema, and digital media. He is a Chief Investigator of two Australian Research Council Linkage Grant projects: Valuing Web Series: Economic, Industrial, Cultural and Social Value (2019-2023) that examines the total value of web series in Australia, Canada, and France, and Australian Cultural & Creative Activity: A Population & Hotspot Analysis (2017-2020) that interrogates the dynamics of 20 creative industries hotspots nationally. He was the President of the Screen Studies Association of Australia and Aotearoa/New Zealand (SSAAAZ) between 2015 and 2018 and an Executive Member of Australian Screen Producers Education and Research Association (ASPERA) in 2015/2016. He is the co-editor of the three scholarly monographs Australian Genre Cinema (In-Press 2020, Routledge) Australian Screen in the 2000s (2017, Palgrave Macmillan) and the Directory of World Cinema: Australia and New Zealand 2 (2015, Intellect. His research has been published in leading film and media studies journals, including New Review of Film & Television Studies, Continuum: Journal of Media & Cultural Studies, Media International Australia: Incorporating Culture and Policy, Senses of Cinema, and Studies in Australasian Cinema. 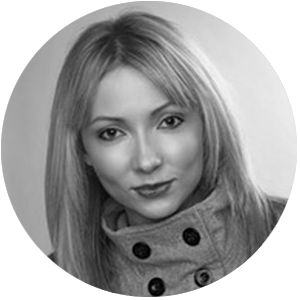 Dr Emilia King (nee Zboralska) is co-founder and President of Pink Moon Studio, an end-to-end media company that focuses on bold and distinctive storytelling through both its branded and original content divisions. Emilia is also the director of Ryerson’s entertainment media innovation incubator, the Transmedia Zone, which supports projects pushing the boundaries of storytelling.

Emilia has a unique profile that combines professional creative practice with award winning, rigorous research on media entrepreneurship and policy. A recipient of Ryerson’s Gold Medal, and the Communication and Culture Dissertation prize, Emilia’s research investigates entrepreneurship in the digital-first sector and provides the first benchmark analysis of gender and race across key creative roles in Canadian web series. Her work has been published in peer-reviewed journals, and she has presented at conferences worldwide.

Emilia is a member of the board of directors at the Independent Production Fund, and the former president of the Independent Web Creators of Canada the parent organization of T.O. Webfest, an international festival that celebrates excellence in web series. She is a strong proponent of design thinking as a problem solving and audience engagement strategy and leads design jams that bring together a wide cross-section of stakeholders to address social, cultural, technical, organizational, and policy challenges. 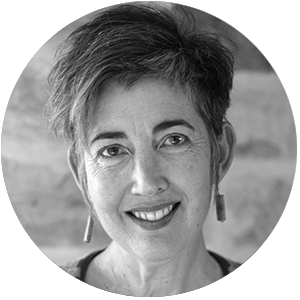 Dr Marion McCutcheon is a Research Associate with Digital Media Research Centre at the Queensland University of Technology and Honorary Research Fellow at the University of Wollongong’s C3P Research Centre for Creative Critical Practice. A communications economist, she has worked within the Australian Federal Government in telecommunications and broadcasting policy advisory and research roles and as a freelance consultant. Her current research includes examining the role of the creative industries in economic systems, and how society benefits from the making and use of cultural products. 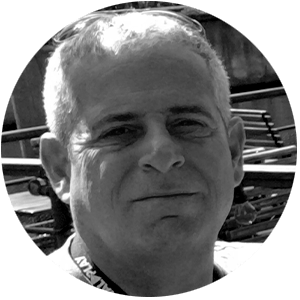 Joël Bassaget lives in Berlin and has been writing scripts for television since 1990. Passionate about new formats and independent production, he co-founded “Woombitivi” in 2002, a short-lived website hosting Flash animated shorts and series. In 2014 he created the blog Web Series Mag on the French newspaper Liberationwebsite to review web fictions of the whole world. As a consultant, he observes, analyses, critiques, studies and catalogues this particular format, offering his expertise to online platforms and content producers. He regularly gives lectures on web series at universities, film schools and professional events around the world. In 2015, he founded the Web Series World Cup and released the first statistic study (“Web Series Anatomy”), in 2016 he wrote Le guide des Webséries – la nouvelle vague and in 2019 Short Narrative & Serialized, a complete guide of the web series phenomenon with Meredith Burkholder. 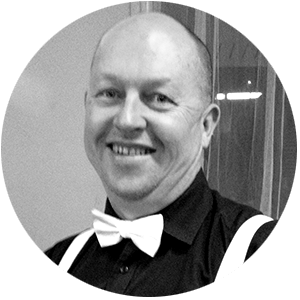 Guy Healy has completed a Creative Industries PhD, now under examination, through QUT’s Digital Media Research Centre. Healy’s PhD is distinguished by being the only known longitudinal study of veteran YouTubers and established TV producers making serial narrative web-series together, and that charts their professional outcomes when they do.

Healy’s PhD was embedded in the ARC Discovery project of Distinguished Professor Stuart Cunningham AM, New Screen Ecology and Opportunities for Innovation in Production and Distribution. His last peer-reviewed paper was 4000-word feature published in Australia’s oldest and most prestigious peer-reviewed film TV and new media magazine, Metro: Healy, G. (2019). Fast and Furious filmmaking: YouTube’s prospects for budding and veteran screen content producers. Metro Magazine: Media & Education Magazine, (202), 114. His last other paper was Metaphor Use in the Political Communication of Major Resource Projects in Australia with Dr Paul Williams in the Pacific Journalism Review. Healy worked on Professor Mark Pearson and Professor Jacqui Ewart’s Reporting Islam project, which has rolled out an in-the-field app to Australian reporters heading to mosque openings and terror incidents. Healy is also a journalist, having worked as an education and general reporter for The Australian, and as a wildlife correspondent for BBC Wildlife. In his spare time, he’s a mediocre but enthusiastic surfer, and pro-am performer and instructor in Latin dance style, Zouk. 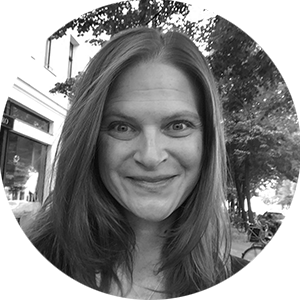 Meredith Burkholder began her career in New York City as a freelance producer for commercial photography and television. A graduate of Boston University, she worked in nearly every major market across the United States for 10 years.
She has worked alongside industry leading advertising agencies, production companies, and photographers on global campaigns for clients including American Express, Johnson & Johnson, Wal-Mart, Nestle, and Exxon Mobil – her television credits include projects for Lifetime, MTV, VH1, Oxygen, and the Food Network. In 2011, she co-founded the marketing and production company, Et Tu Tableau, GbR. In 2015, she founded the first international digital series festival in Germany – Webfest Berlin. And in 2018, she founded her solo venture, Ensoki Productions GmbH. She is also the co-author of Short, Narrative and Serialized: A Complete Guide to the Web Series Phenomenon (2019) with Joël Bassaget.
Currently, she offers training and consultation on short form series development, production, and sales alongside regularly contributing as a speaker and moderator at TV series events around the world. In August 2020, she began her PhD studies as part of the “Valuing Web Series” project at the University of Wollongong.