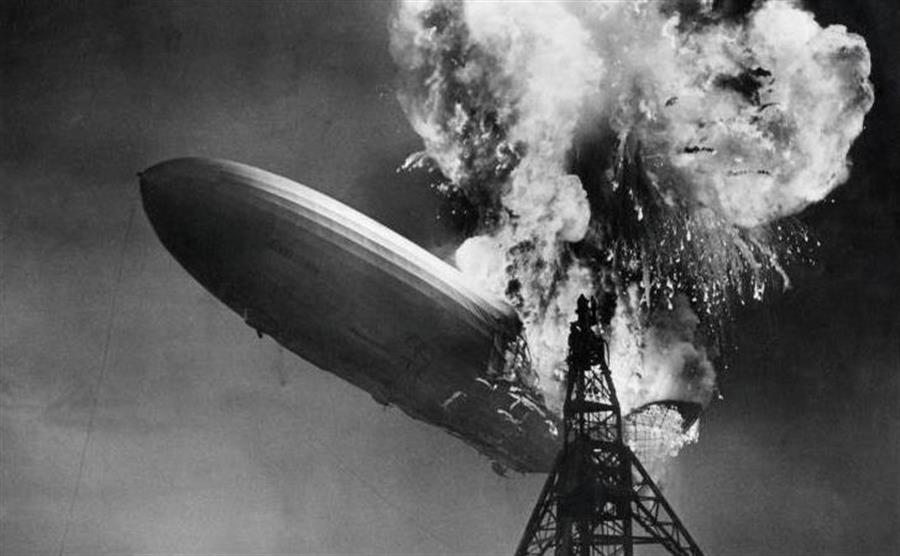 #hulu #disney
Disney has apparently scaled back its plans for Hulu to avoid raising the value of the company and incurring a larger buyout payment to Comcast.
https://www.fiercevideo.com/video/disney-sandbags-hulu-s-global-hopes-to-avoid-big-comcast-bill-report

#video
YouTube is the top platform for user generated content, with 50% of those surveyed using it, followed by 22% for Facebook. TikTok was preferred by 13% of viewers 18 to 25 years old, but just 8% overall.
https://www.nexttv.com/news/viewers-streaming-more-user-generated-content-bingeing

#Avod
Boosted by cord-cutting and the growth of premium video streaming, advertising-supported video-on-demand networks (AVOD) are estimated to climb 32% to $898 million in advertising revenues — largely attributable to Hulu, with growth of 15% to $592 million, and Roku, expected to rise 40% to $138 million in the period.
https://www.mediapost.com/publications/article/356966/tv-networks-cut-losses-down-6-in-q3-avod-to-sur.html

#marketing
Sharply higher overall TV and media marketing spend for premium streaming video services shows Amazon Prime Video placing the most TV commercials of all platforms in the first half of the year — $169.8 million, according to eMarketer. Hulu, Disney+, Apple TV+ were right behind Prime Video at $144.6 million, $135.3 million and $104.7 million, respectively. By contrast, Quibi — which just pulled the plug on its operations, was sharply lower — at $40.8 million.
https://www.mediapost.com/publications/article/357094/amazon-prime-video-is-h1-top-streamer-marketer-at.html

#PlutoTV coming to Spain
“Pluto claims that it will be the first free ad-supported streaming television (FAST) service on the Spanish market, and added that Telefónica’s Movistar+ will handle ad sales. The company also said that it will work with over 20 content partners in Spain including All3Media, Endemol Shine, Fremantle and Lionsgate.
https://www.digitaltveurope.com/2020/10/08/pluto-tv-to-launch-in-spain-at-end-of-october/

#Streaming overtaking #PayTV
“…a new report from the Consumer Technology Association indicates that for the first time more people are paying for a streaming service than they are for traditional pay-TV.”
https://www.tvtechnology.com/news/ott-reaches-tipping-point-per-cta

#Streaming revenues overtake #cinema revenues
“For the first time ever, revenues from global premium streaming platforms are set to soar past worldwide box-office revenues in 2020 — and will maintain that revenue lead for the next five years.”
https://www.mediapost.com/publications/article/356688/premium-streaming-revenues-to-top-global-theatrica.html

Study finds #SVOD and #OTT platforms are their own worst enemy when it comes to subscriber loyalty
“From its new ‘Psychology of a Subscriber’ research, the company found that many respondents felt “rejected and ignored by OTT brands,” and that they feel these brands avoid consumer communication altogether in favour of winning new customers. This lack of communication is considered by many as “fear of alerting consumers to the fact they are being billed for a service they may have grown tired of, and that futile efforts to retain customers only truly start when they request to cancel.”
https://www.digitaltveurope.com/2020/10/09/svod-operators-their-own-worst-enemy-in-regards-to-churn/

Corona Life: A #quarantine #webserie from Ghana
Corona Life follows a husband and wife who are isolating at home, and who have been following the impending danger with differing attitudes.
https://www.youtube.com/playlist?list=PLE4saRjQsEzDqBASiBcADFK6ImdojICzh

#AVOD – About AVOD status
In this year’s third quarter, 17% — or nearly one in five — U.S. internet users watched one or more ad-supported video-on-demand (AVOD) services in the previous month — up from 13% in Q3 2019, according to the latest research from Ampere Analysis.
https://www.mediapost.com/publications/article/356771/avods-us-users-hit-17-audience-older-less-we.html

#Shudder turns 5
The AMC-owned subscription VOD platform passed 1 million subscribers last month as it continues to build on its original programming portfolio that includes such scripted series as Creepshow and Cursed Films.
https://www.nexttv.com/features/horror-streamer-shudder-turns-five 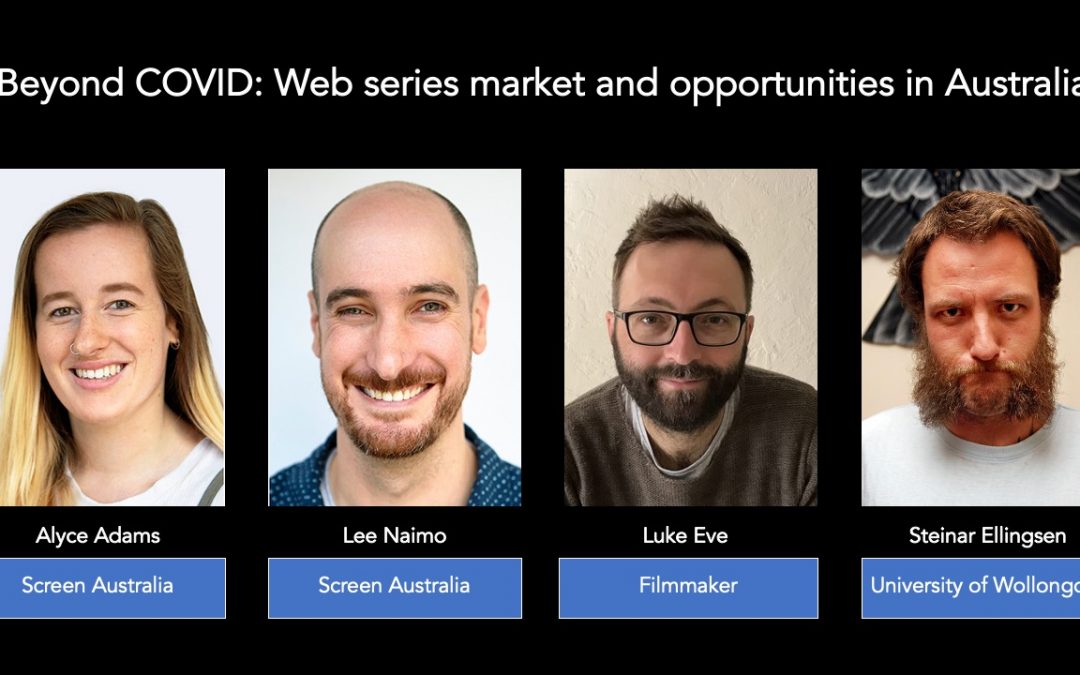 Beyond Covid: Web series market and opportunities in Australia (panel)

Australia has been global leader in web series since the establishment and various iterations of the Online Production Program in 2012. Australia has produced numerous critically acclaimed series, and creators have gained momentum in their careers as a result. But what happens when a pandemic all but shuts down the industry? Dr Steinar Ellingsen talks to investment managers Lee Naimo and Alyce Adams from Screen Australia and filmmaker Luke Eve about responding to the coronavirus, and planning for the post-covid market and production environment. Recorded for Die Seriale 2020.

#SVOD on a sharp rise in Africa
South Africa will be the largest single market, adding 3 million subs to a total of 4.3 million by 2025. Nigeria meanwhile will also see significant growth, adding 2.1 million to total 2.73 million by the decade’s mid-point.
https://www.digitaltveurope.com/2020/10/01/african-svod-market-to-grow-by-five-times-by-2025/

Is there really a “streaming war”?
“Investors and the press would lead one to believe that there was an intense streaming war underway with the new entrants utilizing their vast libraries of content, lower prices (sometimes even free with ads) and cross-marketing scale leveraging their other portfolio assets to take share from streaming incumbents,” LightShed said in a note to investors. “Yet, streaming share of time spent tells a very different story.”
https://www.nexttv.com/news/what-streaming-wars-five-services-control-83-of-connected-tv-viewing

#AVOD market share on the rise amid tightening household budgets
Use of ad-supported streaming services continues to grow as consumers’ appetite for content remains unabated, even as their budgets for such entertainment hit their upper limits, a just-released study from VAB confirms.
https://www.mediapost.com/publications/article/356557/nearly-a-quarter-of-streaming-adults-use-avod-regu.html

#Quibi in dire need of capital injection
… Katzenberg is going to need to come up with another $1.8 billion by 2024 to keep his platform alive. At the current trajectory, Quibi will come up about $6 billion short by 2030.
https://www.nexttv.com/news/quibi-quagmire-katzenberg-needs-to-come-up-with-another-dollar18-billion-by-2024-report

#AVOD #SVOD – A point of view on AVOD vs SVOD
“It’s not one or the other — it’s a continuum,” said Mark DeBevoise, chief digital officer, ViacomCBS and CEO and president of ViacomCBS Digital, during this week’s virtual Fall TV 2020 conference. “When you think about the history of TV, it’s always been a continuum,” he added, noting that cable and premium cable had been coexisting with broadcast for decades prior to the advent of OTT.
https://www.mediapost.com/publications/article/356495/avod-vs-svod-thats-a-false-choice-say-viacomcb.html

#TV is losing its historical income as digital advertising charges ahead
Digital advertising will rise by $94 billion through 2023, with TV slipping $5 billion and other media — print, radio, outdoor — collectively losing $14 billion, according to MoffettNathanson Research
https://www.mediapost.com/publications/article/356336/tv-could-lose-5-billion-in-advertising-through-20.html